On The Listening Post this week: As the heat is turned up on US President Trump and his associates, Fox News' role as the president's media mouthpiece becomes clearer. Plus, media strangled in Eritrea.

The special investigation into the Trump campaign's alleged collusion with Russia has delivered its first indictments. This week, three of his former advisers were charged with federal crimes, including tax evasion, conspiracy against the US, and lying to the FBI about contacts with alleged middlemen for Russia.

We look at the polarised coverage and conservative media's attempts to sidestep the story.

•Kurdish media under fire in Iraq, with one journalist murdered and two channels forced off the air.
•Myanmar arrests foreign journalists working for Turkey's state-owned broadcaster TRT for attempting to bring a drone into the country without a license.
•In Russia, newspaper Novaya Gazeta plans to arm its reporters to protect them from attacks.

Reporting Eritrea from the outside

Freedom of the press is virtually non-existent in Eritrea with state-run media the only news outlets available within its borders. As a consequence, Eritreans have come to rely on a news outlet operating in exile from France, Radio Erena. The station also offers a lifeline to the 5000 Eritrean refugees who risk kidnapping and death fleeing the country every month.
The Listening Post's Nic Muirhead reports on Radio Erena, the Eritrean news outlet on the outside, trying to make a difference. 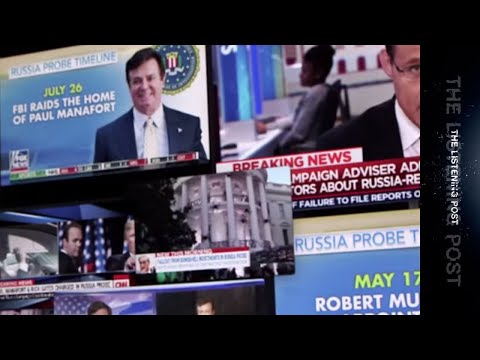 On The Listening Post this week: As the heat is turned up on US President Trump and his associates, Fox News' role as the president's media mouthpiece...