The Listening Post - 'What Happened': Hillary Clinton and the media

On The Listening Post this week: Hillary Clinton's election post-mortem blames the media, among others, for her loss. Plus, the contrasting depictions of North Korea in US and South Korean media.

'What happened': Clinton's memoir takes aim at the media

Hilary Clinton's new memoir, What Happened, blames, in part, the US news media for her defeat in the 2016 US presidential election. Her primary grievance with the coverage is the fixation on one story, that during her time as Secretary of State she used her family's private email server for official communications.

She says that story overshadowed any substantive reporting of her policies, and that that helped put Donald Trump in the White House.

But does her take on what happened tell the full story?

The FBI investigates the Russian state-owned news service Sputnik, as part of an investigation into the Kremlin's alleged meddling in last year's US presidential election.

Cambodia clamps down on the media ahead of the 2018 elections, and US-funded broadcaster Radio Free Asia is its latest victim.

The trial begins in Turkey of 31 journalists from the now-defunct Zaman newspaper who are accused of involvement in last year's attempted coup.

Covering the North Korean threat: US vs South Korean media

Covering the escalating war of words between US President Donald Trump and North Korean leader Kim Jong-un is a delicate balancing act. It's all about reporting on the possibility of nuclear war without creating panic.

We look at how American and South Korean media deal with the facts of the story and the history behind it, as well as North Korea's propaganda and Trump's bravado.

The Listening Post - 'What Happened': Hillary Clinton and the media 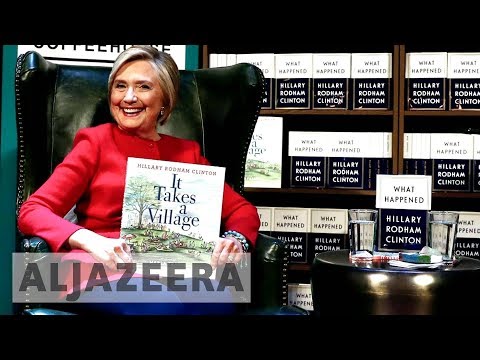 On The Listening Post this week: Hillary Clinton's election post-mortem blames the media, among others, for her loss. Plus, the contrasting depictions...