On The Listening Post this week: The killing of former Yemeni president Ali Abdullah Saleh puts the media spotlight on Yemen. Plus, the Spanish talk shows that generate more heat than light.

The assassination of former president of Yemen, Ali Abdullah Saleh was never going to be a straight-forward story to cover.

On Saudi Arabian news outlets, Saleh's killing by Houthi rebels has been used as a justification to continuing the bombing campaign that has been ongoing since 2015.

Meanwhile, pro-Houthi media have represented Saleh's savage end as a blow to Saudi efforts to overthrow them.

We look at the shifts in regional coverage of Saleh's death and analyse how Western media have covered the war and the powers behind it.

According to a Poynter Media Trust survey, nearly half of Americans believe the media fabricate stories about US president Donald Trump. Yet overall, it says, American trust in the media has increased since he came to office.
Australia's competition watchdog has launched an investigation into whether digital giants, like Facebook and Google, are harming the ability of news outlets to fund themselves through online advertising.
Tertulias: Talking heads on Spain's airwaves

Ever since the banking crisis of 2008, Spain has been in a semi constant state of upheaval.

A series of corruption scandals, inconclusive elections and, more recently, Catalonia's independence referendum have given rise to a wave of political talk shows - tertulias.

We look at these programmes and how they've changed the way Spaniards talk politics. 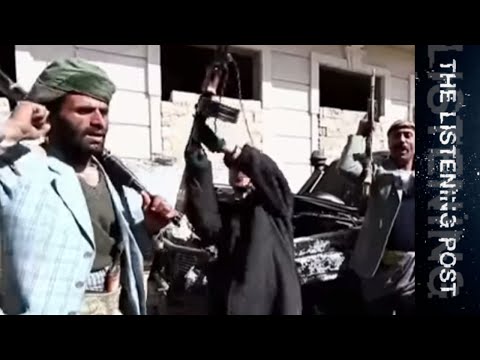 On The Listening Post this week: The killing of former Yemeni president Ali Abdullah Saleh puts the media spotlight on Yemen. Plus, the Spanish talk s...