A MATING RITUAL 450 MILLION YEARS OLD. When you first see a horseshoe crab, it’s impossible to tell if it’s even alive. But as the tide eats away at the coastline along the eastern seaboard each spring, and the sun sets over the horizon, these seemingly-dead creatures come to life with one singular purpose: to mate.

Horrific creature? Maybe—but only if you look at its underbelly. From above, it’s really just a bicycle helmet looking for love. Learn all about the wild mating rituals and weird reproductive cycle of the horseshoe crab.

► THIS IS THE MOST INTERESTING LION IN THE WORLD. After all, how many lions have movies and songs made about them because of never before seen animal behavior? Just one lion—Frasier, the Sensuous Lion... I mean, how is fathering 35 cubs when you're 20 lion years old even possible?!: https://www.youtube.com/playlist?list=PLypxfyD4KH9kz-VkE2iGbfik935mZRXO1

► LIKE, THIS REALLY HAPPENED. Alfred Hitchcock’s classic THE BIRDS is, in part, inspired by a very real phenomenon that occurred in Santa Cruz, California in 1961. One night, inexplicably, thousands of sooty shearwater birds lost their minds, dive-bombing into homes and even biting people. But, for 50 years, no one knew why… That is, until now. This is a Hitchcockian mystery wrapped in a scientific paper—a biological whodunnit: https://youtu.be/UF_Y3zgSGJE

► HAVE YOU EVER WONDERED about what makes an animal hibernate? PopSci formed an orchestra of hibernating animals to tell you about their winter's sleep: https://youtu.be/QYmNACCeeYg

► DID YOU KNOW the first underwater film ever recorded was lost to history until PopSci found it mislabeled in a Dutch archive? It's a story too strange to be fiction (and, yes, it involves a shark and a horse). Also, it's the first footage of a shark ever recorded: https://youtu.be/QPW9z7XNGBM

* * *
ABOUT WILD LIVES
Popular Science’s WILD LIVES is a series that dives like an Emperor penguin into some of the wildest stories and weirdest facts about, of course, wild animals (sometimes botanical wonders, too!). In their own words. Well, approximately their own words—they are wild animals after all. 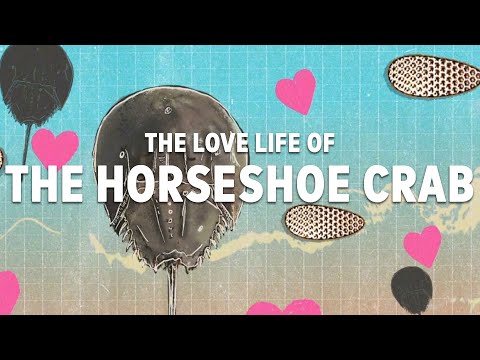 A MATING RITUAL 450 MILLION YEARS OLD. When you first see a horseshoe crab, it’s impossible to tell if it’s even alive. But as the tide eats away at t...