The Most Terrible Things The Joker Has Ever Done

The Joker is Batman's greatest villain and one of the best bad guys in comic book history. He's willing to anything, no matter how psychotic, to convince Batman that morality and order are just a fantasy. Here are the most terrible things he's done to make that point.

Of all the atrocities he's ever committed, the Joker is probably best known for paralyzing Barbara Gordon. The grisly act occurs in Alan Moore and Brian Bolland's infamous graphic novel, Batman: The Killing Joke. In an effort to prove that everyone is only one bad day away from being just like him, the Joker does his best and worst to drive the Dark Knight's most trusted ally, Commissioner Jim Gordon, to becoming a blubbering heap of his former self.

So how does he plan on destroying Batman's best friend? He simply knocks on Barbara Gordon's door, and when the commissioner's daughter says hello, the Joker shoots her. The bullet shatters her spine, leaving her paralyzed from the waist down, and, while the Joker didn't know it at the time, putting an end to her crime-fighting career as Batgirl. Then, adding insult to injury, the Joker takes photos of his truly horrific violation, projecting them onto screens and forcing the Commissioner to look at them while he puts him through a carnival funhouse that's been twisted into a psychological torture chamber. The story is both hugely controversial and genuinely disturbing, and is still considered to be the worst thing he's ever done over 30 years after it was first published.

In the aftermath of The Killing Joke, it's easy to think that the Gordon family had suffered enough. In December of 1999, however, the Joker decided to take another brutal shot at his least-favorite law enforcing family. This time, the target was Sarah Essen-Gordon, who went from being Jim Gordon's partner on the police force to the commissioner's second wife. Despite Gordon's dedication to keeping the peace in America's most crime-ridden city, he and Sarah are happy together even through the worst of times… until the Clown Prince of Crime shows up. Keep watching the video to see the most terrible things the Joker has ever done.

The Most Terrible Things The Joker Has Ever Done 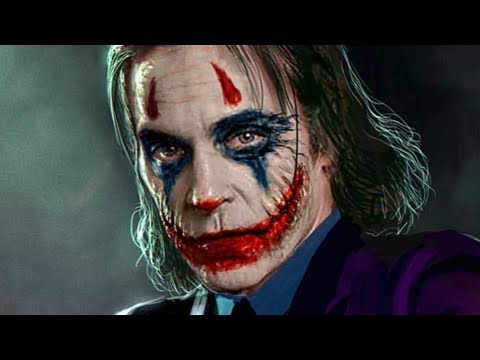 Thumbnail Image by Nikolay Mochkin → https://www.instagram.com/ellejart/ The Joker is Batman's greatest villain and one of the best bad guys in comic ...