The only wild monkeys in Europe

I visited Gibraltar and hung out with monkeys.

This dispatch is from Gibraltar, a British enclave on the southern coast of Spain. Gibraltar is home to Europe's only population of wild monkeys, the Barbary Macaques. They've lived on the island for hundreds of years, and have become part of its history, but nobody knows how they got there. Their origin is shrouded in legend.

Vox Borders is a new international series focused on telling the human stories that emerge from lines on the map. I've traveled to six different border locations to produce a final set of documentaries. While I travel I'm releasing video dispatches on YouTube and Facebook, documenting my experiences in a vlog that's independent from the final Vox Borders documentaries. Learn more: http://www.vox.com/borders

The only wild monkeys in Europe 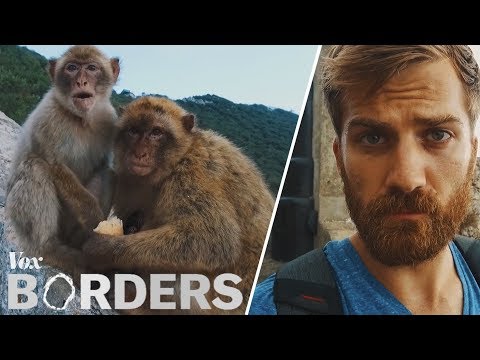