Gwyneth Paltrow has spent plenty of time in the Marvel Cinematic Universe, but her memories seem to be a little shaky. The Academy Award-winning actress, who played Pepper Potts opposite Robert Downey Jr.'s Tony Stark across seven Marvel movies, has admitted that she hasn't seen many of the Marvel movies she's been in - particularly 2017's Spider-Man: Homecoming. She spilled the fact to late-night host Jimmy Kimmel during a recent interview.

Paltrow made waves regarding her small role in Homecoming - for which she received top billing, even beating out Zendaya for the fourth credit - after she infamously argued with MCU co-star Jon Favreau during the inaugural episode of his Netflix series The Chef Show about whether or not she was in the movie. Paltrow, in fact, seemed a little confused about the entire situation.

But it was undeniably funny when she insisted that she never appeared in Homecoming, despite Favreau's assurances that she definitely did.

Her confusion makes a degree of sense. Marvel is famously secretive about the content of its upcoming films, even altering trailer footage to throw fans off the scent. Actors appearing in Marvel Studios films don't always know the details of the movies they're in, either. For example, Brie Larson confessed she didn't know she was in Avengers: Endgame until she got to the set.

During her appearance on Jimmy Kimmel Live, Paltrow confessed that not only does she not recall appearing in Homecoming, but she also hasn't ever sat down and watched it. The reason why? She she simply got "confused" because, quote, "There are so many of these wonderful Marvel, interconnecting movies," and she thought that her role in the Spider-Man movie was actually for one of the Avengers films.

In response, Kimmel joked that he doesn't expect the busy actress to stay up-to-date on superhero movies, even ones that she's in.

Homecoming isn't the only Marvel movie Paltrow has been in that she's never even seen. In an interview with Elle, Paltrow revealed that she's skipped watching a lot of Marvel films, since the franchise is so big, there are so many superheroes to keep track of, and she has other priorities in life. Her confusion and busy life has led her to not watch very many Marvel movies, which, in turn, has made Paltrow totally forget which MCU films she's starred in. She told the magazine,

"It is confusing because there are so many Marvel movies, and to be honest, I haven't seen very many of them. It's really stupid and I'm sorry, but I'm a 47-year-old mother."

This isn't the first time the Marvel star has appeared confused about the cinematic universe she's a part of. She's forgotten Sebastian Stan — aka Bucky Barnes — multiple times, having asked who Stan was on a red carpet and getting called out by Stan himself in an Instagram post after he introduced himself to her three separate times. And Marvel Studios president Kevin Feige previously spilled that Paltrow was "asking why Sam Jackson was there" when they were filming a scene for Avengers: Endgame together. He recalled,

"The other actors were jumping in saying, 'What are you talking about? He's Nick Fury! You've been in movies with him!'"

During the same Kimmel interview in which Paltrow told the truth about whether or not she'd bothered to watch Spider-Man: Homecoming, she was also caught off guard when presented with products from her lifestyle brand and online store, Goop, which sells everything from martini bath salts to a water bottle that has an amethyst inside of it, for some inexplicable reason. Throughout Kimmel's presentation, Paltrow seems positively puzzled over the vast majority of the products, leading viewers to wonder if she's ever looked at Goop's inventory at all.

It might seem absurd that Paltrow forgets everything from her acting credits to her own merchandise, but at the very least, the star is providing plenty of amusing press clips for her huge variety of projects - such a huge variety, in fact, that it seems impossible for her to remember them all. 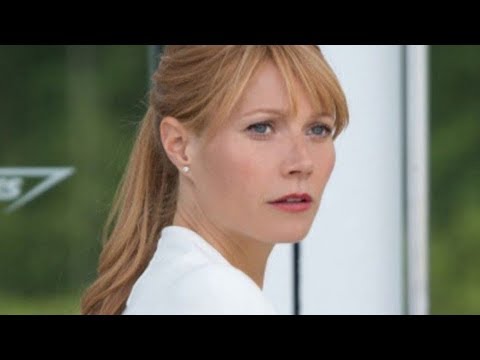 Gwyneth Paltrow has spent plenty of time in the Marvel Cinematic Universe, but her memories seem to be a little shaky. The Academy Award-winning actre...