The Story Behind Every Spider-Verse Movie Being Made

Incredibly, Sony owns the film rights to more than 900 Marvel Comics characters — a whole laundry list of Spider-Man properties that the studio plans to spin off into their own cinematic universe. Here's the story behind every movie planned for Sony's Spider-Verse.

The first entry in Sony's elaborate plan for an interconnected world of Spider-Man-based films was 2018 blockbuster Venom. Critics were split on the quality of this fairly odd film, which often played like a dark mismatched-buddy-comedy in which both roles were played by the same guy at the same time. More important to Sony, however, is the fact that Venom grossed $850 million at the worldwide box office.

Filmgoers clearly have an appetite for Venom, so naturally the character will return in Venom 2. And that might not be the end of it, either. Star Tom Hardy mentioned in 2018 that he's contracted for a whole trilogy of Venom movies. Meanwhile, Venom screenwriter Jeff Pinkner confirmed to Discussing Film in December that he was already at work on the second installment. And in August 2019, Andy Serkis signed up to direct. As for a release date, Venom 2 is highly likely to be the mysterious "untitled Marvel sequel" that Sony has penciled in for October 2020, exactly two years after the debut of the first film.

While working to cure himself of a deadly blood disorder, scientist Michael Morbius manages to accidentally science himself into becoming a vampire. Using his scientific expertise and his newly acquired array of supernatural powers, the character quickly found some success as a tortured antihero, fighting his lust for blood while bringing vampiric justice to the night.

First announced in 2017, production on Morbius began in February 2019. Director Daniel Espinosa will direct from a script by Matt Sazama and Burk Sharpless, the creative minds behind Netflix's recent Lost in Space reboot and 2014's Dracula Untold. Oscar winner Jared Leto stars as the bloodthirsty protagonist, while Matt Smith co-stars as his friend and fellow vampire Loxias Crown. Morbius hits movie theaters on July 31st 2020. Keep watching the video to see the story behind every Spider-Verse movie being made!

The Story Behind Every Spider-Verse Movie Being Made 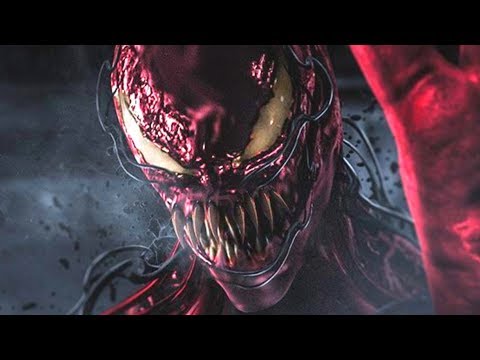 Incredibly, Sony owns the film rights to more than 900 Marvel Comics characters — a whole laundry list of Spider-Man properties that the studio plans ...