The Transformation Of Joaquin Phoenix Into The Joker

Some of the steps Joaquin Phoenix took to become Gotham's Clown Prince of Crime seem pretty risky, which is par for the course when you're an actor of his caliber. But what, exactly, did Phoenix do to prepare for such a disturbing role? Here's how the celebrated performer transformed himself into the Joker.

Joaquin Phoenix says he didn't study any previous film incarnations of the Joker in preparation, and that may be technically true. But there's one silent film he did study that's essentially a Joker origin story.

At the 2019 Venice Film Festival, Joker director Todd Phillips said one of the movies he and Phoenix found particularly important for Joker prep was the 1928 silent film The Man Who Laughs. Based on the Victor Hugo novel of the same name, the film is about a man who has been disfigured with a permanent smile since birth, and becomes a sideshow attraction.

The Man Who Laughs is often cited as the inspiration for the Joker, who premiered in 1940's Batman #1. DC comic book writer Grant Morrison, in fact, called the Joker a direct lift from The Man Who Laughs in his 2011 book Supergods. He goes so far to say it's a wonder how Joker's creators got away with copying the film.

So in a sense, even though the Jokers of Heath Ledger or Jack Nicholson weren't considered in the creation of Arthur Fleck, you could argue Philips and Phoenix studied every Joker by skipping them all and going straight to the source.

Philips has been clear he doesn't want anyone to go into Joker thinking they're going to be seeing the adaptation of a particular comic, or that they should expect much inspiration from the comics at all. But there's at least one way Arthur Fleck's character mirrors the Joker of the comics perhaps more closely than any of the film adaptations we've seen so far. The Joker is almost always depicted as being very skinny in the comics, sometimes impossibly so. According to Phoenix, the first thing he did to prepare for Joker was to lose weight — which had a welcome side effect. Keep watching the video to see the transformation of Joaquin Phoenix into the Joker!

The Transformation Of Joaquin Phoenix Into The Joker 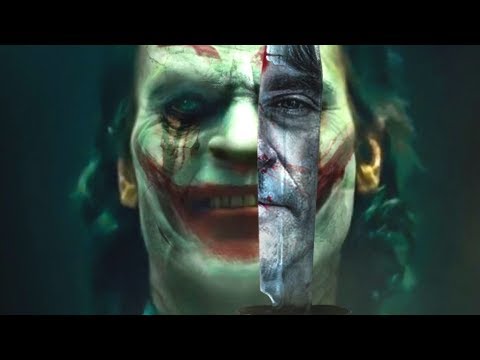 Thumbnail Image by Bosslogic → https://www.instagram.com/bosslogic/ Some of the steps Joaquin Phoenix took to become Gotham's Clown Prince of Crime se...