The Truth About Margot Robbie Revealed

Added 5 months ago by MovieNut
50 Views
She's gained acclaim for films from The Wolf of Wall Street to Once Upon a Time in Hollywood, but how much do you really know about this multi-talented leading lady? From her humble origins to her latest releases, this is the true story of Margot Robbie.

The fact that Margot Robbie is Australian can come as a surprise to even the most ardent fan. Of course, it's probably a testament to her skill as an actor that this central part of her life is so well-camouflaged. People often think of Robbie with Tonya Harding's flat intonation, or Harley Quinn's charmingly nasal sing-song voice. What they don't realize is that she's as positively Aussie as they come.

Robbie grew up in the Gold Coast hinterland, part of the state of Queensland and known worldwide for its natural beauty. Everything from rainforest hikes, wine tasting experiences, and bird-watching trips are enjoyed by the countless number of tourists who flock to this part of Australia every year but Robbie herself spent much of her childhood working. One of four children raised by a single mother, Robbie grew up traveling between her mother's house and her grandparents' farm. Since her mother's family raised grain and her father's family farmed sugarcane and mangoes, she grew up tending to a wide variety of crops. Funnily enough, this actually ended up helping her during filming on the post-apocalyptic drama Z for Zachariah.

To most of the world, it would seem like Robbie has had a meteoric rise in Hollywood from The Wolf of Wall Street to Once Upon a Time in Hollywood, she's dominated the cineplex for the past few years with a treasure trove of distinctive roles. Crass figure skating legend? Done. Queen Elizabeth the First at the height of her rivalry with Mary, Queen of Scots? Check. Sharon Tate at the apex of her career? Bringo. And given her 2020-and-beyond slate is filled up with roles like the eponymous doll in Barbie, she doesn't show any sign of slowing down soon, either. Keep watching the video to see the Truth about Margot Robbie Revealed!

The Truth About Margot Robbie Revealed 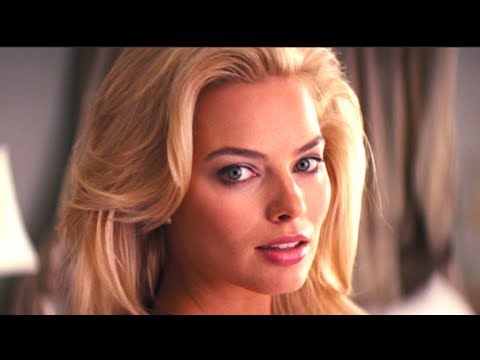 She's gained acclaim for films from The Wolf of Wall Street to Once Upon a Time in Hollywood, but how much do you really know about this multi-talente...