The Untold Truth Of Marvel's Shang-Chi

An intriguing character from Marvel comics catalogue will be getting his very first solo movie vehicle in 2021: Shang-Chi, Master of Kung Fu. Who is Shang-Chi, and how did he come to be the master of kung-fu, and what is his place within the world of Marvel Comics? We're here to break down the details for you.

You may be aware that in the early 1970s, everybody was kung fu fighting. Or at least they wanted to be. This was largely thanks to Bruce Lee, who had been exposed to American audiences via the television series The Green Hornet and with starring roles in films including Game of Death and the posthumously-released Enter the Dragon, which kicked open the door for future superstars like Jackie Chan. The TV series Kung Fu, which starred actor David Carradine, is said to have originally been developed for Bruce Lee. Marvel hoped to adapt the series to cash in on the martial arts craze.

so then-Marvel Publisher Stan Lee turned to creators Steve Englehart and Jim Starlin to come up with an original kung fu-based property. The character they created would go on to become a Marvel mainstay. In the late '80s, long before Marvel came to dominate the box office, Stan Lee attempted to get a Shang-Chi movie off the ground starring Brandon Lee, Bruce's son. It never materialized.

Not everyone was convinced that Master of Kung Fu would be an instant hit, so Marvel introduced the character in a dead-end book with the clunky title of Special Marvel Edition, which had up to that point published 14 issues of reprints of older Marvel stories. Much like Spider-Man, who first appeared in Amazing Fantasy #15, Shang-Chi debuted in the pages of Special Marvel Edition #15, published in December 1973. The public quickly took notice. Keep watching the video to see the rest of the untold truth of Marvel's Shang-Chi!

The Untold Truth Of Marvel's Shang-Chi 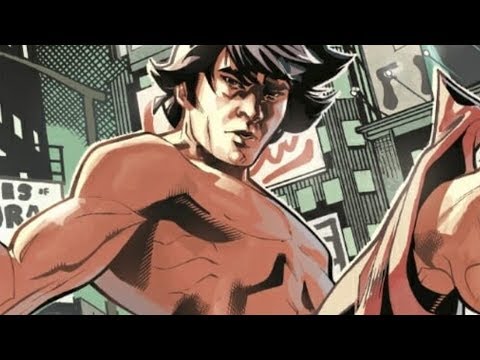 An intriguing character from Marvel comics catalogue will be getting his very first solo movie vehicle in 2021: Shang-Chi, Master of Kung Fu. Who is S...