In October of 2018, hundreds of young conservatives of color met up in Washington, DC, for the first ever Young Black Leadership Summit: a four-day conference that featured speeches from conservative actress Stacey Dash and firebrand Candace Owens, a trip to the White House to hear Trump speak, and a rare chance for young, black Republicans to get together and network IRL.

VICE’s Lee Adams went to the summit to talk firsthand with young, black conservatives about what drew them to the Republican party, along with what kind of backlash they’ve faced from the black community for going public with their political views. To find out more about the movement, he also tagged along with Antonia Okafor—an outspoken Second Amendment activist—on a hunting trip in northwestern Iowa with Steve King, a House Rep who’s been widely criticized for his racist comments. Lastly, he met up with Shekinah Geist, a black Republican and budding social media influencer, and sat in on a conversation between her and a group of peers from the local black student union who challenged her on her support for President Trump. 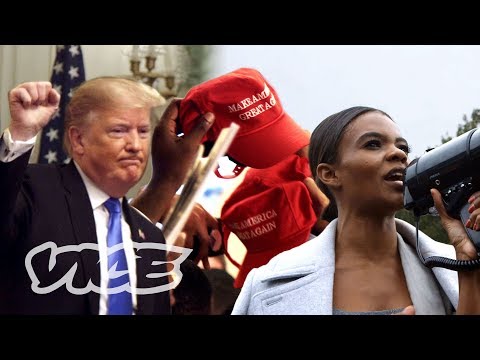 In October of 2018, hundreds of young conservatives of color met up in Washington, DC, for the first ever Young Black Leadership Summit: a four-day co...