We're taking a look at the biggest and the baddest Marvel baddies to find out what's really driving them in their quest for world-domination. From genocidal warlords to high-tech thieves, here's what these MCU villains can't live without.

Loki is certainly a menace capable of great destruction. He invited killer Frost Giants to Thor's coronation. He teamed up with the Chitauri, stole the Space Stone, and used the Mind Stone to wreak havoc on New York City. And at any given moment, there's a good chance he'll try to stab you in the back when you're not looking.

But even when he impersonated Odin and ruled Asgard for a while, Loki wasn't really interested in elaborate, evil schemes, not really. He mostly just liked a really good prank. Loki is driven by chaos, in addition to the whole, y'know…wanting to be king thing.

He just can't help himself, even when he sometimes tries to do the right thing.

On Sakaar, Loki was more than happy to serve the Grandmaster in Thor: Ragnarok, and he cheered when the Hulk smacked him around in the arena. He later tried to betray Thor when they were teaming up, but eventually, the god of mischief did the right thing and helped defeat Hela in Asgard. But that just speaks to the guy's unpredictability.

Even when going up against Thanos, Loki offered him his fealty, and then tried to stab him. He got killed for his audacity, as Thanos isn't one who really cares much for jokes. Happily, thanks to the events of Avengers: Endgame, there's a version of Loki running around in time, undoubtedly causing all sorts of trouble.

Johann Schmidt, the Red Skull, was one of Hitler's right-hand men during World War 2, as depicted in Captain America: The First Avenger. He formed his own offshoot of the Nazi SS called Hydra, and was obsessed with Dr. Abraham Erskine's Super Soldier Serum. Consumed with becoming the "superior man" so that he could rightfully wield the Tesseract, Schmidt forced Erskine to give him the formula.

The earlier version of the serum, without the addition of the crucial Vita-Rays, gave Schmidt all of the power he desired, but it also had a hideous side effect. It disfigured his face, literally turning him into, well…a red skull. It didn't matter much to Schmidt, who didn't care about the superficial Aryan ideal. He just wanted to make himself into something new, so he could use the power of the Norse gods via the Tesseract. 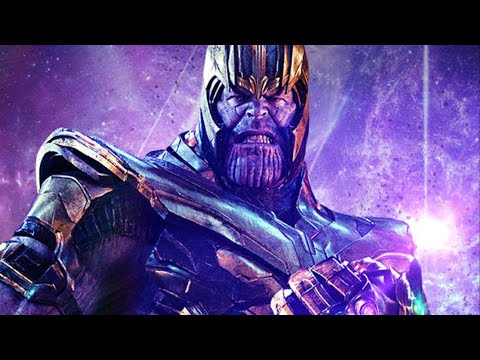 We're taking a look at the biggest and the baddest Marvel baddies to find out what's really driving them in their quest for world-domination. From gen...