This Is How Tyler "NINJA" Blevins Spends His Millions

Tyler "Ninja" Blevins is a 27 year-old from Illinois that's managed to go from having a successful eSports career to having an even more successful streaming career earning him approximately 1 million dollars PER MONTH!

After becoming a professional gamer back in 2009, it took a few years before Ninja won his first-ever professional gaming tournament. But he was still managing to make about $100 a day streaming on Twitch back when he didn't have any gaming clout. While he is widely known for his skill in the game Fortnite, Ninja actually started off by playing Halo professionally. But thank god he made the switch because Fortnite is what put Tyler on the international map.

He was the first Fortnite Twitch streamer to reach five million followers on the website and was also the first to have 250,000 subscribers. However, as you'll soon find out in this video, just because he reached 250,000 subs, it doesn't mean that he was able to keep them all. Either way, Ninja's wife-slash-manager confirmed that Ninja made $10 million in 2018 alone from streaming on Twitch and reposting those streams to YouTube—and that $10 million only accounts for 70% of his 2018 income.

Clearly, Ninja is doing something right with his streams and he's become a multi-millionaire because of it. He was even the first gamer to ever be on the cover of ESPN magazine, proving that gaming is gaining more and more traction as a "real sport." And why shouldn't it be considered a real sport? Ninja dedicates twelve hours a day to his streams and hardly ever takes a break from it. He even sacrifices his sleep for the sake of his streaming career. Thankfully, he loves what he does and can't imagine doing anything else. Curious to know what exactly he spends his millions on? Check out this video to find out!

P.S. We do know he just got himself a cool new studio but since we didn’t want to get called out for “stream sniping” we didn’t cover it. Thanks for understanding :)

Interested in other Amazing facts about our World, Mysteries and the life of the Richest? Then, Subscribe to our channel so you can keep watching more videos!
► http://bit.ly/Subscribe-to-Richest ◄

Maybe you're also Interested in how another Famous person spends his Millions?
Check out How David Dobrik Spends His Millions after you're done with this video!
► https://www.youtube.com/watch?v=FBblWbFoNi8

This Is How Tyler "NINJA" Blevins Spends His Millions 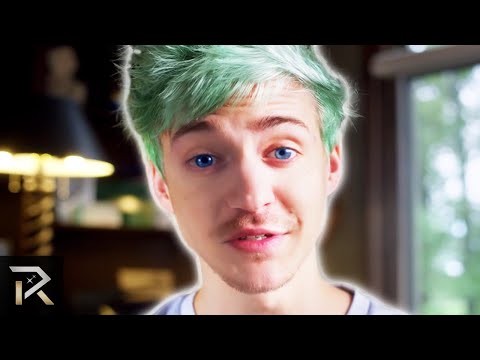 Tyler "Ninja" Blevins is a 27 year-old from Illinois that's managed to go from having a successful eSports career to having an even more suc...