Raj Shah, deputy assistant to President Donald Trump, spoke to Al Jazeera's Kimberly Halkett about the legalities of the recent US recognition of Jerusalem as the capital of Israel.
Shah underlined that the US announcement had no bearing on final status negotiations and alluded to ongoing deliberations that are yet to be made public.
When asked if the wording of the announcement was chosen to avoid mention of a unified Jerusalem, Shah stated that the move had no bearing on the US' view of its position as a partner for peace and that his government was trying a new approach to solve the Israeli-Palestinian conflict. 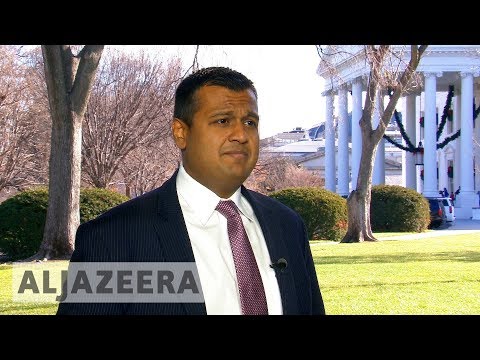