UpFront - Would we be better off without religion?

Is religion a force for good or evil? A controversial question at times, but one that can't be avoided in the modern world. From violence and terror, to gender equality, to science, reason, and education, the faithful and the faithless tend to repeatedly clash over whether religion is a net positive or negative, whether it helps humanity more than it hurts it.

“Religion is both a force of good and evil because religion is a manmade institution, and human beings are both good and evil,” says Reza Aslan, a scholar of religion and best-selling author. “I don't know why it would come as a surprise to learn that the religious institutions that we create can also be responsible for profound acts of good and compassion and positivity, and for equally profound acts of violence and bigotry and hatred.”

Lawrence Krauss, a theoretical physicist and atheist, says religious institutions tend to be harmful to people.

“Religious institutions have not only usurped the notion of morality, but on the whole promulgate ideas that are not useful, and often harmful for people, and take many people, many, many, many people, who simply want to ask questions about the universe and make them feel bad,” says Krauss.

When asked whether people will outgrow religion, Aslan, who just released his latest book God: A Human History, says we are not going to outgrow faith.

“The fact of the matter is that religion has always been in a state of evolution,” says Aslan. “Scientific knowledge is going to change religion. It's going to alter religious people, but it won't make it go away.”

Krauss, who is also a best-selling author of numerous books on science, including his latest, The Greatest Story Ever Told – So Far, doesn’t believe religion will disappear, but says more will turn to science.

“When I was a young person, I thought by now we would have outgrown religion because, let's face it, the evidence of science is that there's no evidence for anything, for any purpose to the universe, any divine inspiration,” says Krauss. “The more scientific literacy there is, the less of the intellectual basis will be there to support religion and we'll see more and more people finding other ways to add meaning and purpose to their lives.”

In this week’s UpFront special, Reza Aslan and Lawrence Krauss debate religion’s place in society, whether religion is inherently violent, and if religion will continue to exist in years to come.

UpFront - Would we be better off without religion? 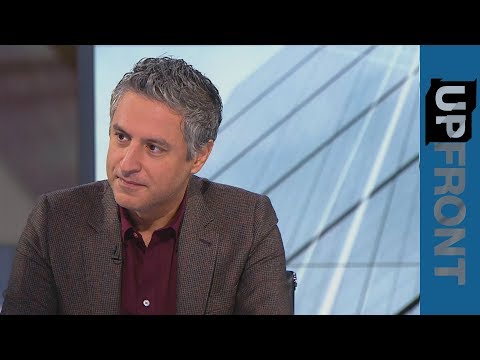 Is religion a force for good or evil? A controversial question at times, but one that can't be avoided in the modern world. From violence and terror, ...