American forces launched a drone strike targeting a suicide bomber in the Afghan capital on August 29, 2021, US officials said. The strike directed at a vehicle allegedly on its way to the Kabul airport, was the second retaliation by US forces in the country in response to a deadly suicide bombing by Islamic State militants on August 26, that killed 13 US servicemen and scores of Afghan civilians who were trying to flee the country. Washington says the first retaliatory drone strike on August 27 killed two Isis-K militants in the eastern province of Nangarhar bordering Pakistan, and the second attack two days later also killed Isis militants. The US is controlling the Kabul airport for a hasty evacuation of Americans and Afghans who supported them during a 20-year war in Afghanistan. US President Joe Biden has said he will stick to an August 31 deadline to withdraw all US troops from the country. 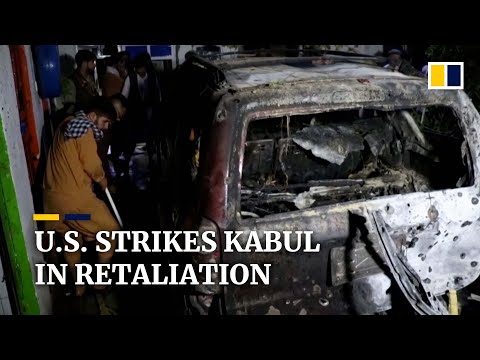 Subscribe to our YouTube channel for free here: https://sc.mp/subscribe-youtube American forces launched a drone strike targeting a suicide bomber in ...