August 20, 2017 marks the fortieth anniversary of the launch of Voyager 2. Along with Voyager 1, NASA sent the twin spacecraft to collect data about giant planets of our outer solar system. Voyager 2 was the first spacecraft to visit Uranus and Neptune, as well as discovering many new moons orbiting both Jupiter and Saturn. In addition to collecting data, Voyager 2 was sent with a copy of “The Golden Record”: a disk containing 116 images and various audio recordings that depict human life. Should Voyager 2 ever be encountered by an extraterrestrial, the record will be a means of understanding planet Earth. Besides the collection of data and the mysteries of alien life, perhaps the most wondrous aspect of Voyager 2's mission is the distance it has traveled: nearly 11 billion miles as of late 2017. It is the second-farthest human-made object from earth (the farthest is Voyager 1) and it is currently on a one-way journey into the unknown depths of interstellar space. Unable to grasp the enormity of this distance, we made a video to try and visualize what that actually looks like. 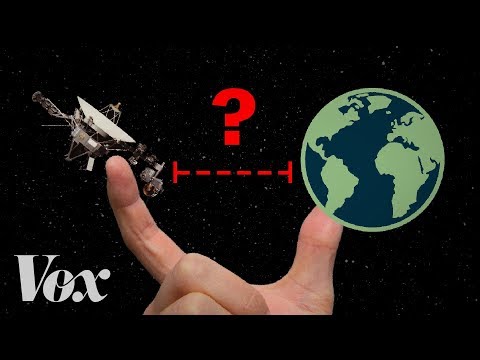