What is HIMARS? The advanced rocket system US is sending Ukraine

White House officials have confirmed that the United States will send M142 High Mobility Artillery Rocket Systems, also known as HIMARS, to war-torn Ukraine.
The medium-range rocket systems have long topped the lists of weapons requests by Kyiv as fighting against Russian forces has concentrated in the eastern regions of the country.
The US officials confirmed the systems would be part of a new $700m security assistance package to Ukraine that will also include helicopters, Javelin anti-tank weapon systems, tactical vehicles, spare parts and more.
On Wednesday, the Kremlin sharply criticised the US decision to supply the rocket systems and munitions to Ukraine, and accused Washington of adding “fuel to the fire”.

What is HIMARS? The advanced rocket system US is sending Ukraine 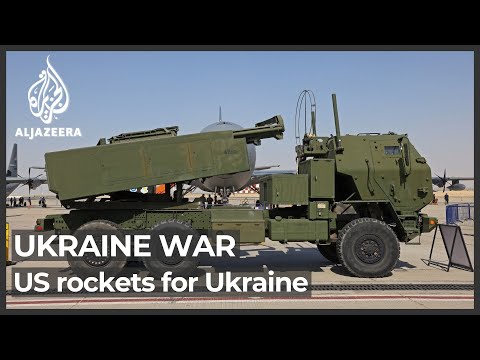