What is the US Magnitsky Act, and why does Putin hate it? | The Bottom Line

American-born British businessman Bill Browder did not set out to expose Russian money laundering operations and link President Vladimir Putin to those schemes. But after Browder’s Russian lawyer, Sergei Magnitsky, was arrested and found dead in his jail cell, the gloves were off.

Browder lobbied Congress for years until the Magnitsky Act was passed in 2012, allowing the United States to sanction individuals suspected of human rights abuses, including Russian judges, Saudis involved in the assassination of journalist Jamal Khashoggi, and Chinese officials linked to the abuse of Uighurs.

In this episode, host Steve Clemons speaks to Browder about his latest book, Freezing Order.

What is the US Magnitsky Act, and why does Putin hate it? | The Bottom Line 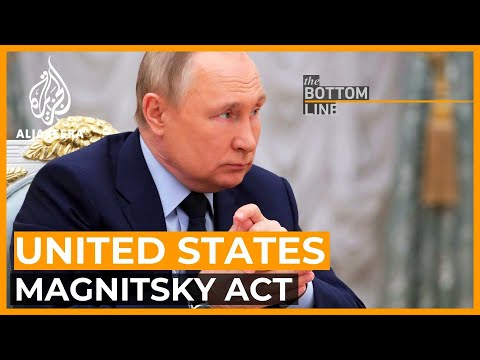