What lies ahead? The future of agriculture, aging and artificial intelligence

Lab-made meat, driverless cars, and robot caregivers were all once part of some futuristic fantasy, but they may be a part of reality sooner than we expected. In the first episode of 2018, The Stream looks at what lies ahead for agriculture, aging, and artificial intelligence?

The future of agriculture?

Many climatologists believe that our need for food is one of the biggest contributors to global warming. And as the population of the planet balloons, agriculture and farming poses an increasingly severe threat. Mark Post, Co-founder of Mosa Meat thinks he’s come up with one solution to the environmental challenge: lab-made meat.

“It’s is actually very simple,” says Post. “You take the stem cells from a cow, a small piece of muscle and then use those cells to grow more muscle tissue.”

Posts says it’s similar to bulking up in the gym, only it’s done in a petri dish. “If you provide places where they [muscle cells] can hold onto, that contraction translates into tension, and that tension translates into more protein. You put your muscles under tension and that creates bigger muscles.”

But is cultured meat the solution to feeding the growing population, while saving the environment?

The future of aging?

According to the American Association of Retired Persons (AARP) nearly 90% of seniors want to stay in their homes as they age. Sadly independent living isn’t often the reality for the elderly because of health or mobility issues.

Alex Mihailidis thinks advances in technology could soon could change the culture of aging. “There’s new technology around sensors embedded into everyday objects like floor tiles and sofas and chairs that automatically measure heart rate and blood pressure,” Mihailidis says.

Mihailidis is the scientific director at Age-Well in Toronto, Canada where he and a team of biomedical engineers have been working on ways to keep seniors in their homes. What’s really fascinating, he says is the role of technology using artificial intelligence (AI).

“A number of projects are underway now in Canada and internationally using robots to support older adults daily activities including health monitoring and cognitive support.”

What role will AI play in the care of the elderly?

The future of artificial intelligence?

“We’re starting to see robots do amazing things”, says Alex Salkever co-author of “The Driver in the Driverless Car: How our technology choices can change the future”. The futurist and technology leader is perhaps most excited about the idea of artificial intelligence and drones combined.

“It will let them do more easily and safely dirty and dangerous jobs – inspecting rooftops, going into tunnels and pipelines, hostage situations, all that kind of stuff.”

But what about the ethics? “The ethics are in some ways complicated and in other ways straightforward, you have to think through the rules” says Salkever. “Where it gets tricky is where A.I. gets a whole lot smarter and on par with humans. Then we ask questions like, is it human?”

So what are the ethical questions should we be asking around artificial intelligence?

What lies ahead? The future of agriculture, aging and artificial intelligence 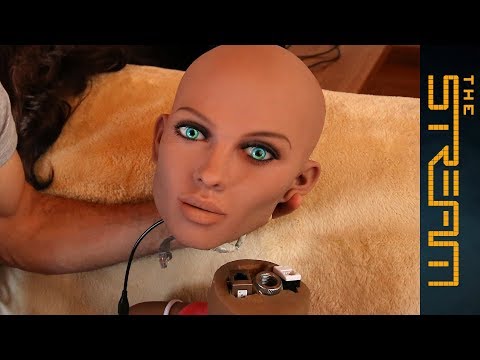 Lab-made meat, driverless cars, and robot caregivers were all once part of some futuristic fantasy, but they may be a part of reality sooner than we e...