Why Alexandria Ocasio-Cortez Called Into a Twitch Stream | NowThis

AOC: Hello?
Hbomberguy: Hey, how’s it going?
AOC: Hey, I’m well! How are you all?
Hbomberguy: It’s – hello, it’s fantastic to meet you. Would you like to introduce yourself in case some people don’t know who you are?
AOC: Of course, everyone. My name is Alexandria Ocasio-Cortez. I am the congresswoman for New York’s 14th congressional district.
Hbomberguy: Thank you so, so much for joining us today.

AOC: It’s a no-brainer. Trans rights are civil rights are human rights.
Hbomberguy: Woo! Thank you so much for saying that.
AOC: There was legislation that a Democrat was trying to propose that was essentially a protection for our immigrant community, but it was a constitutional protection, I believe. And so, we actually didn’t co-sponsor it. We actually pushed back on it because introducing legislation that pretty much already re-asserts what’s in the Constitution, makes it feel like it’s up for debate.
Hbomberguy: Well said.
AOC: Right, if they voted down the law, it would almost make the constitutional guarantee seem less valid. And so we actually pushed back against it even though it may seem kind of like a twisted logic, or counter-intuitive of sorts. But we actually pushed back against it because we said we don’t want to have a debate about what is already settled.
Hbomberguy: Once you put that up for discussion, that’s bad.
AOC: Exactly. And so, really, what I think we have to re-assert is that when we say equal rights for all, we mean equal rights for all, no asterisk, exceptions, fine print, nothing.
Hbomberguy: This is so fantastic to hear, and I’m glad we got you on. Let’s talk more about trans rights and the national tax rights but, I need to ask, do you know how to turn on the power in Frantic Factory in Donkey Kong 64, because I’ve been here for hours and I don’t know how to do it.
AOC: I do not, I’m sorry. Donkey Kong 64 is outside of my wheelhouse.
Hbomberguy: Well, that’s ok. Your wheelhouse is really, really good.

Hbomberguy was able to raise $340k over 57 hours

AOC: I’ve never owned an N64, though I do think it’s probably the best system out of all of them. I never owned an N64 but I used to go to my cousin’s house all the time, and she had Super Mario 64, Pokemon Snap, and probably a handful of other things.

On the same day as this stream, writer Aaron Sorkin criticized new Democrats for acting ‘young.’

Why Alexandria Ocasio-Cortez Called Into a Twitch Stream | NowThis 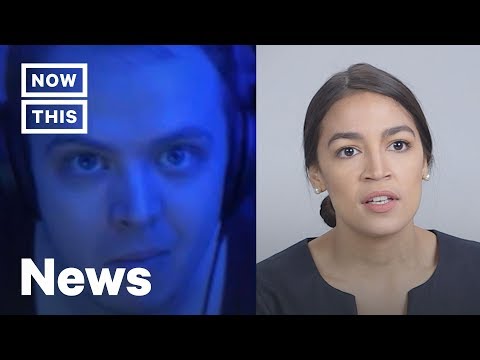