Conflict has become big business, and nations are paying mercenaries millions to be their boots on the ground.

Recent wars in Iraq and Afghanistan have made private military contracting a multi-billion-dollar industry. Mercenaries have been around for centuries, but they have emerged from the shadows thanks to increased demand for contractors from countries like the U.S. and Russia. Now, the Trump administration has reached out to individuals with a stake in the industry – like Erik Prince and Stephen Feinberg – for advice with their Afghanistan strategy. This Sunday on AJ+, we explore the dangers of a world with more professional soldiers.

Music tracks courtesy of Audio Network.
Footage and images courtesy of AP, Reuters, Getty, and the Center for Constitutional Rights. 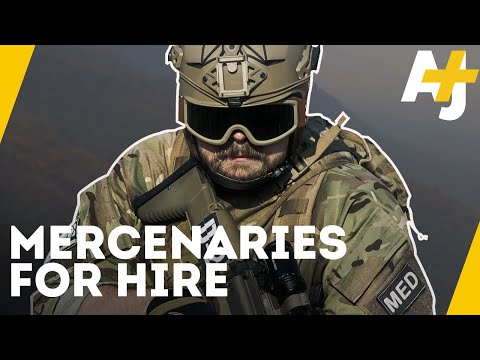 Conflict has become big business, and nations are paying mercenaries millions to be their boots on the ground. Watch more AJ+ In-Depth: http://ajplus....