Why Haven't We Heard From Aliens Yet?

During the summer of 1950, physicist Enrico Ferm posed a question to his colleagues over lunch, "Don't you ever wonder where everybody is?" Fermi was referring to alien life. In the 4.4 billion years it took a species capable of space travel to form on Earth, Fermi proposed that the galaxy should have been overrun with intelligent, technologically-advanced aliens. Yet, we have no evidence of this despite decades of searching. This conundrum became known as the Fermi Paradox. Scientists have proposed many theories over the decades, including planetary scientist, Alan Stern, who has the latest idea.

Alan Stern: What my paper suggests is that it may be related to a fairly recent discovery of planetary science that most of the ocean worlds in our own solar system are interior to planets as opposed to our own planet where we have the oceans on the outside. And we think that oceans and water are necessary for the development of life as we know it, so perhaps, if these kinds of ocean worlds are common across the galaxy, and if that's where life most often develops. And if technological civilizations can actually develop in these interior ocean worlds, they would naturally be cut off from us because of the shell of rock and ice above their ocean. We wouldn't see their city lights. We wouldn't be able to hear their communication. They wouldn't maybe even know that there was a universe out there to communicate with. They probably would never develop space travel.

It's logical to think that ocean worlds, particularly these interior ocean worlds, are common across the galaxy. But I want to stress that we don't have evidence, direct evidence for that yet. There are actually many possible explanations proposed for Fermi Paradox. No one knows what the right answer is. Some examples are, perhaps the other civilizations aren't interested in communicating or perhaps they don't last very long, so although a lot of them, they come to exist, at any one time, there aren't very many. Hopefully, the scientific paper that I put together will help advance this a little bit and we'll see what turns out to be right.

Why Haven't We Heard From Aliens Yet? 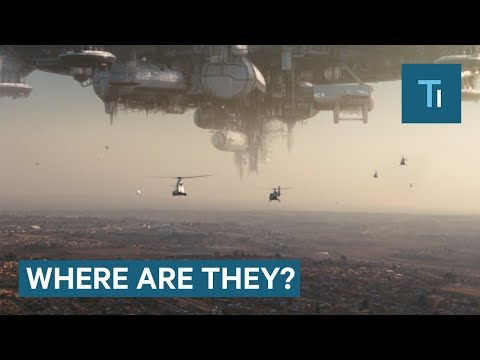 During the summer of 1950, physicist Enrico Ferm posed a question to his colleagues over lunch, "Don't you ever wonder where everybody is?" ...