‘Trump made…the right decision, but he did it in the worst possible way’ — This former counter-ISIL official for Obama Robert Malley sees disastrous repercussions to Trump’s withdrawal from Syria.
» Subscribe to NowThis: http://go.nowth.is/News_Subscribe

Robert Malley:' By deciding to withdraw precipitously from Syria, President Trump made what is on the substance the right decision but he did it in the worst possible way.

[Trump] doesn’t think the U.S. should be entangled in these wars in the Middle East. That’s one of the few instincts which progressive progressives in the states can agree. It’s not the wrong instinct. What is wrong is the way he goes about it because if he doesn’t care if he doesn’t have the military on board, if he doesn’t have his own team onboard he doesn’t consult with them, that creates the risk of a big disaster whether it’s in Syria or Afghanistan.

A precipitous withdrawal without preparing the ground, without trying to extract some commitments from parties that may stand to gain. Turkey may stand to gain from the U.S. withdrawal. Let’s try to see what we can get from Turkey in terms of commitments that it won’t attack the Kurds and that kind of thing. Also talking to the allies to make sure that the French the Brits who have been present on the ground with us in northeast Syria not find themselves completely naked in the face of this and wake up again with us having left. So the real lesson to be learned is not so much that this was the wrong decision. The substance of the decision could be correct. The implementation could be disastrous. I think that’s what we’re facing now.

Other countries are now going to wonder. Well, when we’re told by senior U.S. officials that we’re in this for the long haul and then overnight we’re told that the departure is going to occur virtually immediately then what good is America’s word? I think that does create, there’s that longer term cost.

Initially under President Obama they were few hundred to 500 U.S. troops. It grew to about 2000, those are the 2000 that President Trump announced. Basically, he decided in the midst of a phone call with the Turkish president that he would withdraw this point. The main impact that’s going to have is to expose these Kurds you know whatever number they are several thousand of them military force to possible attack by either Turkey or by the Syrian regime. Neither one of whom has good relations with the Kurds and so we’ve built this relationship of trust with these Kurds which were sort of the vanguard force that the U.S. was working, partnering with and that had achieved success covering about 30 percent of all of Syrian territory. And now can it risk being left to their own devices. That’s the major risk.

And what’s going to happen to the mother, the father or the child, the other person who is counting on this help who suffered not just from ISIS but from the airstrikes that the U.S. and other countries undertook to defeat ISIS. What are they going to do tomorrow if the U.S. forces leave without some guarantees that that region is going to remain stable and protected from attack. 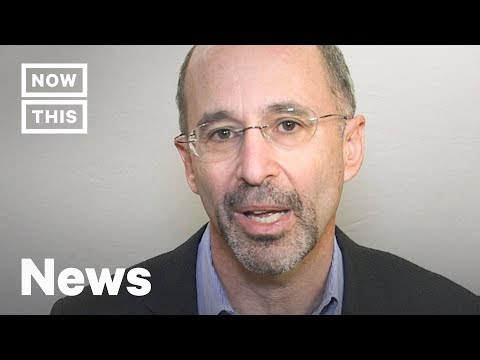 ‘Trump made…the right decision, but he did it in the worst possible way’ — This former counter-ISIL official for Obama Robert Malley sees disastrous r...