Why Trump's Lies About Coal Are Unravelling | NowThis

TRUMP: Perhaps no single regulation threatens our miners, energy workers, and companies more than this crushing attack on American industry.

PRUITT: The past administration was unapologetic. They were using every bit of power, every bit of authority to use the EPA to pick winners and losers in how we generate electricity in this country. And that’s wrong.

But Obama’s plan was tied up in court & never went into effect. The reality is more economic than political. The abundance of natural gas make its prices cheap and the cost to build wind & solar plants is lower than the cost of operating existing coal plants.

Natural gas is abundant and very cheap. By 2030 building new renewable plants is estimated to be cheaper than continuing to run 96% of existing coal plants In 2018, U.S. coal consumption was at its lowest in 39 years.

Why Trump's Lies About Coal Are Unravelling | NowThis 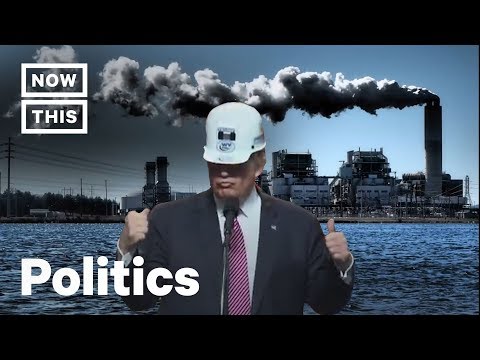