Voter suppression is a centuries-old problem in the United States — here's why Georgia's 2018 election proved this tool of white supremacy is still alive and well.
» Subscribe to NowThis: http://go.nowth.is/News_Subscribe

Nicole Moore: This year, more than two hundred years into Georgia’s democratic experiment, the state failed its voters. When I think about Georgia and the voter suppression that we saw in the most recent election between Stacey Abrams and Brian Kemp, I immediately thought about what black folks had to go through down South. Like the idea of Brian Kemp stripping 300,000 names,
that's nothing new. That is literally straight out of Mississippi voting rights oppression. And it’s crazy to me. He didn't remix. He didn't change it. He was like ‘Oh it worked then. Let me try it now.’ He took three hundred thousand names out of the polls and Stacey Abrams only lost by 55,000 votes.

I acknowledge that former Secretary of State Brian Kemp will be certified as the victor in the 2018 gubernatorial election. But to watch an elected official, who claims to represent the people in this state, baldly pin his hopes for election on the suppression of the people’s democratic right to vote has been truly appalling. So, let's be clear, voter suppression is not new. I'm always like telling, especially white folks if you were born after 1971, please listen up. We just have to get smarter and start taking folks to court just like Stacey Abrams is doing. In these times, when your voter registration isn't quote unquote valid, when they tell you that they've gerrymandered your way out of a district where you can't even vote for the person you want to vote for anymore, I feel like yeah, those tactics make you exhausted and they make you feel hopeless.

I think we have to really pay attention to some of the smaller things that happen in our communities because those smaller things mean something, especially when you're talking about city government, when you're talking about state government. Because when it comes to, for example, reproductive rights and abortion laws, all of that happens on the state level. 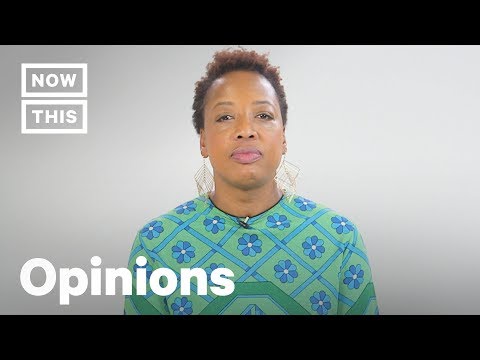 Voter suppression is a centuries-old problem in the United States — here's why Georgia's 2018 election proved this tool of white supremacy is still al...