As the final season of Game of Thrones came to a close, there were plenty of characters left behind. Surprisingly, not all of them are dead just forgotten while fan favorites fought off the Long Night and rode around on dragons.

Long before sparks flew between Jon Snow and Daenerys Targaryen, the Dragon Queen had another lover, and we're not talking about the dearly departed Khal Drogo. Daario Naharis was at one time a lieutenant of a sellsword company called the Second Sons, who proved his loyalty to Dany by killing his commanders and taking control of the group in her name. Why? Because he had a big old crush on the Breaker of Chains.

As Dany and her army took over the cities of Slaver's Bay, Daario got more and more flirty, eventually earning himself a place in her bed. As a queen, however, Dany's marriage would have to be a political one, so as much as Daario's pretty boy looks amused her, Dany never quite returned his affection. This is why she left him behind in Essos to help rule in her stead, breaking her ties with him at Tyrion's prompting, and leaving Daario lovesick on another continent for the events of the final season… which probably worked out for the best.

Watch the video for Why You Didn't See These Characters In The Final Season Of GoT! 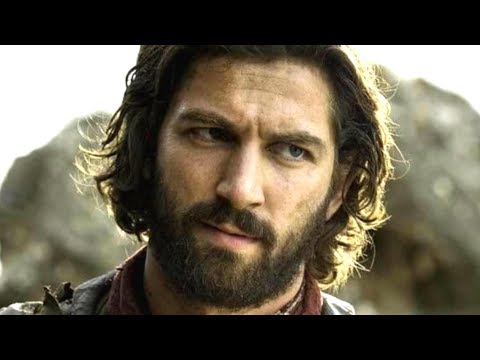 As the final season of Game of Thrones came to a close, there were plenty of characters left behind. Surprisingly, not all of them are dead just forgo...