Will 'Ambazonia' be Africa's newest country? - The Stream

#Cameroon
Will "Ambazonia" become Africa's newest country? Calls for secession are growing and an Anglophone separatist movement in the south-west and north-west of Cameroon is gaining momentum. Separatists say they have been marginalised by a Francophone government. Protests have been raging for a year now, shutting down schools and courts, and recent violence between security forces and opposition activists killed more than 17 people, according to Amnesty International. President Paul Biya has condemned the violence and both sides are called for talks. But what's really likely to happen next?

#ChadTravelBan
Why was Chad added to the amended US travel ban? Well, not many people know the answer to a question that has left foreign policy experts confused. US President Donald Trump’s executive order said: "Chad does not adequately share public safety and terrorism-related information" and "several terrorist groups are active within Chad or in the surrounding region, including elements of Boko Haram, ISIS-West Africa, and al-Qa'ida in the Islamic Maghreb."

Chad's government has issued a statement asking the White House to reconsider.

Activists in Chad have mobilised online using the hashtag #ChadTravelBan to put pressure on the US government to explain itself. We’ll take a look at what impact that campaign is having and how Chadians have been affected by the ban.

#FGM
Why does the dangerous and painful practice of female genital mutilation (FGM) persist in so many countries? That's the question new Al Jazeera film "The Cut: Exploring FGM" seeks to answer. We’ll speak to journalist Fatma Naib about her personal journey from Somaliland to Kenya to Sweden - and to the heart of her family - in search of an understanding of FGM.

Will 'Ambazonia' be Africa's newest country? - The Stream 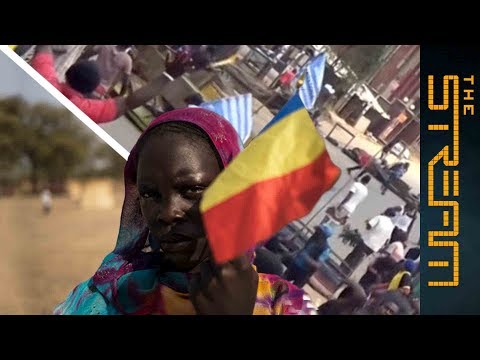 #Cameroon Will "Ambazonia" become Africa's newest country? Calls for secession are growing and an Anglophone separatist movement in the sout...