Will there be justice for slain Palestinian-American journalist Shireen Abu Akleh? | The Stream

July 11th marks two months since Al Jazeera journalist Shireen Abu Akleh was shot and killed by Israeli forces. Abu Akleh was on assignment covering Israeli army raids in the city of Jenin when she was gunned down.

Last week the US State Department announced that a ballistics investigation was inconclusive in determining the origin of the bullet but said Israeli gunfire was “likely responsible” for the Palestinian-American’s death.

The US Security Coordinator (USSC) “found no reason to believe that this was intentional but rather the result of tragic circumstances during an I.D.F.-led military operation,” the statement added.

B’Tselem, an Israeli NGO who early on contradicted IDF claims that Palestinian gunfire was responsible for Shireen’s death, called the US investigation a “whitewash”.

Shireen Abu Akleh’s family said the outcome of the USSC investigation offered nothing more than ‘cold comfort’ and have asked President Joe Biden - who is set to embark on his first trip to Israel as president this week - to retract the statement. They have also called on the United Nations and International Criminal Court to help bring justice after the UN determined that Israeli forces were responsible for Shireen’s death.

“All information we have gathered … is consistent with the finding that the shots that killed Abu Akleh and injured her colleague Ali Sammoudi came from Israeli security forces and not from indiscriminate firing by armed Palestinians,” UN Human Rights Office (OHCHR) spokeswoman Ravina Shamdasani told reporters in Geneva.

On this episode of The Stream, we discuss the US investigation and ask what it will take to bring justice for Shireen.

Will there be justice for slain Palestinian-American journalist Shireen Abu Akleh? | The Stream 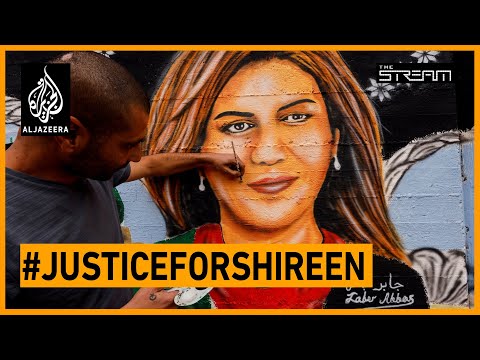