The current crisis in Yemen, a country crippled by war, took a dramatic turn on December 4 with the assassination of former President Ali Abdullah Saleh by Houthi rebels. But the political and sectarian divisions that dominate Yemen today - and which ultimately led to Saleh's death - go back hundreds of years.

When Islam came to Yemen, the Zaidis, a Shia Islamic sect, became dominant in the north, and its imams were in full control there by the 9th century. The Shia presence would remain in the north for the next thousand years.

After the fall of the Ottoman Empire, the northern kingdom of Yemen was ruled by a Shia imam while the south of Yemen remained divided, run by different local sultanates - until the British eventually established their own southern state, the Federation of South Arabia.

North Yemen became a republic in 1962 but it was not until 1967 that the British colonial rule ended in the south and The People's Republic of South Yemen was formed, with Qahtan al-Shaabi as its president.

Independence did not stop the southern infighting. The National Liberation Front took power in 1969 and formed a Marxist republic, leaning heavily on support from the Soviet Union. The push-pull between north and south also continued.

Some analysts now see this as tension part of the slow process towards the eventual unification of the two halves of Yemen.

But the path to unification was, predictably, plagued by disagreements and setbacks.

More from Al Jazeera World on: 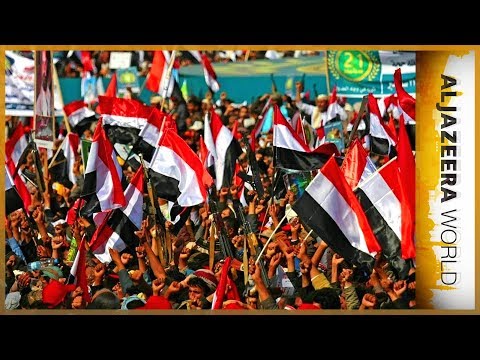 The current crisis in Yemen, a country crippled by war, took a dramatic turn on December 4 with the assassination of former President Ali Abdullah Sal...