Your brain on travel [Advertiser Content From Marriott Bonvoy®]

Let’s go back in time to one of the most groundbreaking neuroscience discoveries in all of history. Some scientists once believed that the human brain was unchangeable and only declined with age. In the 1960s, neuroscientist Dr. Marian Diamond proved that this belief was false. Dr. Diamond, who famously studied the brain of Dr. Albert Einstein, proved that if the brain was in an enriched environment, it could grow and renew its connections.

One way humans can access an enriched environment? Travel.

Different brains’ synapses are sparked when humans are exposed to new foods, smells, tastes, and sensations within their environment. Traveling is one way humans can potentially develop new synaptic connections and transform archaic ways of comprehending.

Dr. Beau Lotto, who was mentored by Dr. Marian Diamond, elaborates on the significance of those connections: “What’s really important is to have a brain that has the ability to make connections and to lose them. In other words, it’s not about just adapting, it’s about becoming adaptable.”

In his book “Soft-Wired: How the New Science of Brain Plasticity Can Change Your Life,” Dr. Michael Merzenich explains the importance of getting outside of one’s comfort zone and embracing the unfamiliar. According to Merzenich, “people who travel to new places, keep learning languages, and continue to experience new things into old age, are far less likely to develop cognitive decay.”

Building on that theme, “travel and having new experiences, in general, is very beneficial for creativity because the more bits of information that you have, the more learning that you have,” says Dr. Shelley Carson, author of “Your Creative Brain: Seven Steps to Maximize Imagination, Productivity, and Innovation in Your Life.” To be more creative, a person needs to learn new things constantly. “Travel is one of the ways to constantly be learning because travel is full of new experiences, new stimuli, that’s just going to pack your brain full of new information,” says Dr. Carson.

Wherever your journey takes you, explore Marriott Bonvoy properties around the world at https://www.marriott.com/loyalty/where-can-we-take-you.mi. With over 30 extraordinary hotel brands and endless experiences, you can take your body, brain, and mind on a singularly awe-inspiring trip.

Your brain on travel [Advertiser Content From Marriott Bonvoy®] 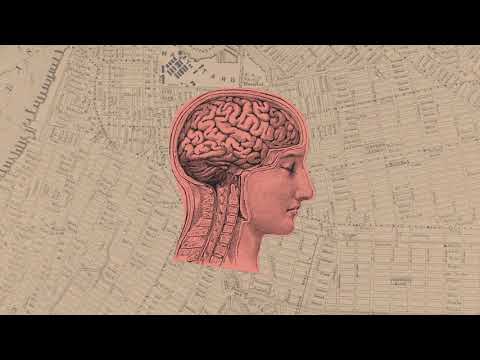 Let’s go back in time to one of the most groundbreaking neuroscience discoveries in all of history. Some scientists once believed that the human brain...