South African President Jacob Zuma’s days in office could be numbered. The country’s ruling African National Congress (ANC) is reportedly pressuring him to resign his position more than a year before his second term is set to expire.

Deputy President and ANC leader Cyril Ramaphosa announced on Sunday that the party’s executive committee would meet on Monday to discuss Zuma’s fate, saying the “people want this matter to be finalised”.

Zuma, in power since 2009, has come under fire for alleged involvement in several scandals. Although he denies any wrongdoing - and maintains a measure of support within the ANC - there are public demands for his approval, with some South Africans using the hashtags #ZumaMustFall and #ZumaMustGo to express their dissatisfaction.

For the president’s critics, a dignified exit or simple transfer of power to Ramaphosa is not enough. The Democratic Alliance, South Africa’s largest opposition party, has said Zuma “must be prosecuted and, if found guilty, be locked up for his crimes”.

So, will the ANC force Zuma out of office or will the so-called “teflon” president resign on his own terms?

In this episode, The Stream hosts a panel of South African commentators to explore President Zuma’s legacy and the future of the country’s political landscape. 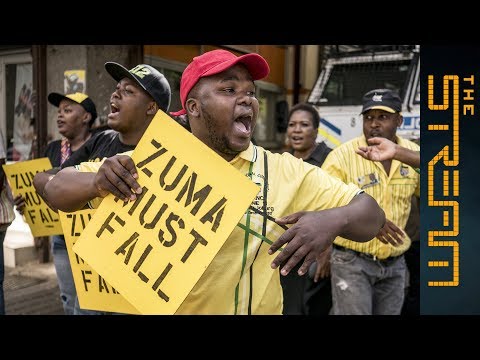